This summary proposes a fee adjustment for redeeming USDC from the USDs collateral pool. Increasing USDC’s redemption fee will incentivize users to withdraw other stablecoins, leaving USDC inside the pool. This produces a barrier for anyone using USDs as a cheap way to USDC from other whitelisted collateral.

Over the last 30 days, USDC and DAI has been nearly 100% redeemed by community members. This likely resulted from the combination of volatile times and low redeem fees for USDs. With a redeem fee of 0.2%, it was often more profitable to use the SperaxUSD protocol to swap than it was to swap using Uniswap.

A higher redemption fee will deter this activity, working toward reducing reliance on VST and FRAX. In the future this will be replaced with dynamic fees to obtain diversified USDs collateral.

Users have been using Sperax USD as a means to swap various collateral types. For example, when VST introduced GLP vaults users were minting USDs with VST and redeeming USDC. You can see in the screenshot from app.sperax.io/analytics, the USDC has been completely drained, leaving only FRAX and VST. 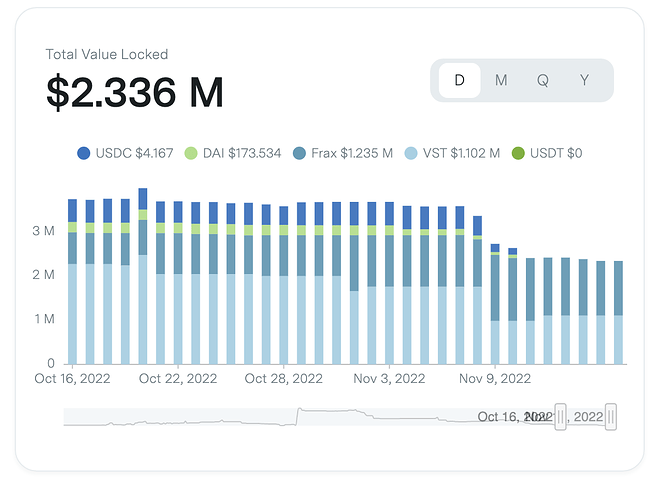 Despite a good depth in terms of liquidity for our Uniswap v3 USDs/USDC pool, we have been seeing the majority of the users redeeming their USDs tokens for USDC. Below is an example of a situation where the user may redeem instead of swap. 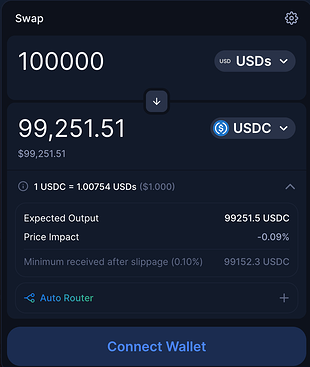 In the above situation, it was more profitable for this user to redeem for USDC instead of swap USDs for USDC on Uniswap. By increasing the redemption fee, more users will be encouraged to swap on the Uniswap pool instead of redeeming from the protocol itself.

I support this proposal. It will help protect yield strategies with USDC and maintain a healthy Auto-Yield.

This initiative will ensure a one-way flow from USDC / USDT / VST → USDs and discourage individuals ‘exiting’ unless its absolutely necessary.

If they chose to exit, they will likely route through UniSwap → more fees for USDs/USDC pool.

@AlecShaw I would go so far as to say that the redemption fee should be made 0.5% flat seeing the current down market conditions. This would still be one of the lowest fee product. I would recommend adding a 25 basis point markup on USDC redemptions making the redemption fee for USDC to be 0.75%.
Since we intend to provide heavy incentives for the USDs/USDC pools across both Camelot and Uniswap v3, I think it is a good strategy. This will encourage users to swap for USDC/Frax/USDT as @Jiraiya rightly pointed out.

I agree with this @subh - good thoughts